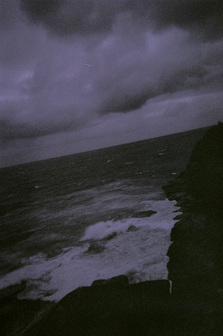 One of the 'walls' at Casa by the Sea, Mexico
Our Stories
Thank you for reading them... we hope they make a difference.

These tears indulge my desperation,
fall like stones upon the ground,
in monolithic desecration-
my breaking heart in every sound
A Marks, Casa by the Sea, 2004 - full story

With a mouth full of blood I started to laugh, spitting it at them, not having a care in the world. This was the most free I had felt in years, shouting at the top of my lungs "F--- Casa by the Sea, you'll never programize me, you might as well kill me!"
C Brown, Casa by the Sea - full story

"I... I'm sorry, I don't know how you stay sane man." I watched as a smile crept along his face, he pulled off his glasses and wiped his face on his sleeve, then he looked at me and said something I'll never forget.
J Ziegenbalg, Casa by the Sea - full story

*Provo Canyon School is not a WWASPS owned, affiliated or directed school. It's only connection to WWASPS is it's previous employee of many years, Robert Lichfield, and similar practices.
If you or someone you know has a story about WWASPS programs that you'd like to share, please email helpsavetroubledteens@yahoo.com.